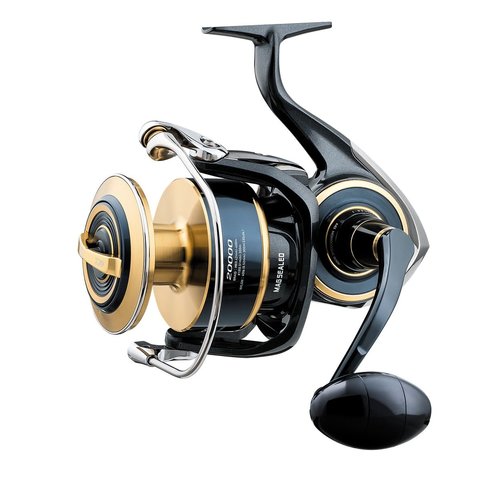 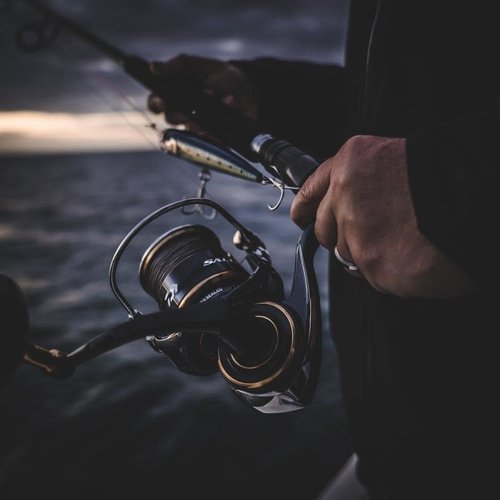 0 reviews
Add your reviewAdd your review
SKU: SALTIGAG10000H
$999.99
2 in stock
Pick Up same day in-store or Shipped within 1-3 Business Days

Since the first Saltiga was released in 2002, the demand for heavy-duty saltwater spinning reels has constantly increased. The original Saltiga set a new standard for this category and has continually evolved throughout its eighteen-year history.

Now, in 2020 Saltiga is re-imagined delivering anglers the most technologically advanced Saltiga ever produced. Extensively redesigned and engineered from drag knob to handle the 20 Saltiga features the most advanced list of features ever, to once again affirm itself as the ultimate saltwater spinning reel. At the heart of the re-design is the brand new Monocoque body.

A single piece body capable of holding much larger internal gearing components is machined from high-strength aluminum to provide unheralded strength and improved sealing. Housed within the MQ body, is a brand-new drive gear, providing gear strength  more than double that of its predecessor.

The new MQ body also boasts a new rear cover design, eliminating screws from the underside of the reel to improve against intrusion, the cover is also produced from reinforced ABS to eliminate potential electrolysis with the aluminum body. Improved paint & finishing processes also extend the durability to the cosmetic side, delivering much improved corrosion protection.

Magsealed reels utilize Daiwa’s patented technology to apply magnetic oil that can change density and shape when a magnetic field is added. When Magseal technology is applied to the main shaft and/or line roller of a spinning reel, it produces a low-friction seal that keeps water, dust and grit from encountering the internal components of the reel. The result is a watertight seal with much lower resistance than rubber type seals.

MONOCOQUE (MQ)
MQ Body takes reel design to the next level. The MQ system does not require a body cover, instead using an engine plate to screw directly to the body. Eliminating the need for screws to hold a body cover in place. MQ body improves the strength of the reel, it also improves the water-resistance of the body and allows a larger diameter drive gear to be installed.

ABS LONGCAST
Compared to conventional spools, the LC-ABS has been shown to increase the average flight distance by approx. 5% due to its reduced weight and modified shape.

ATD DRAG
Daiwa’s Automatic Tournament Drag uses an improved drag grease that exhibits a low viscosity at rest, yet becomes more viscous immediately after drag start up. This reduces initial drag start-up inertia and combined with the structural changes of the ATD Drag System results in a smoother drag from the initial hook up.